Headliner- Guttermouth is an American punk rock band formed in 1988 in Huntington Beach, California and currently recording for Rude Records/Bird Attack Records. They have released nine full-length studio albums and two live albums and have toured extensively, including performances on the Vans Warped Tour. They are infamous for their outrageous lyrics and behavior which are deliberately explicit, offensive and intended to shock, though usually in a humorous and sarcastic manner. This behavior has sometimes resulted in high-profile problems for the band, such as being banned from performing in Canada for eighteen months and leaving the 2004 Warped Tour amidst controversy over their political views and attitudes towards other performers.

Opener - The McNaughstys is an alternative rock band bringing elements of punk, bluegrass and Irish influence in cities all over. 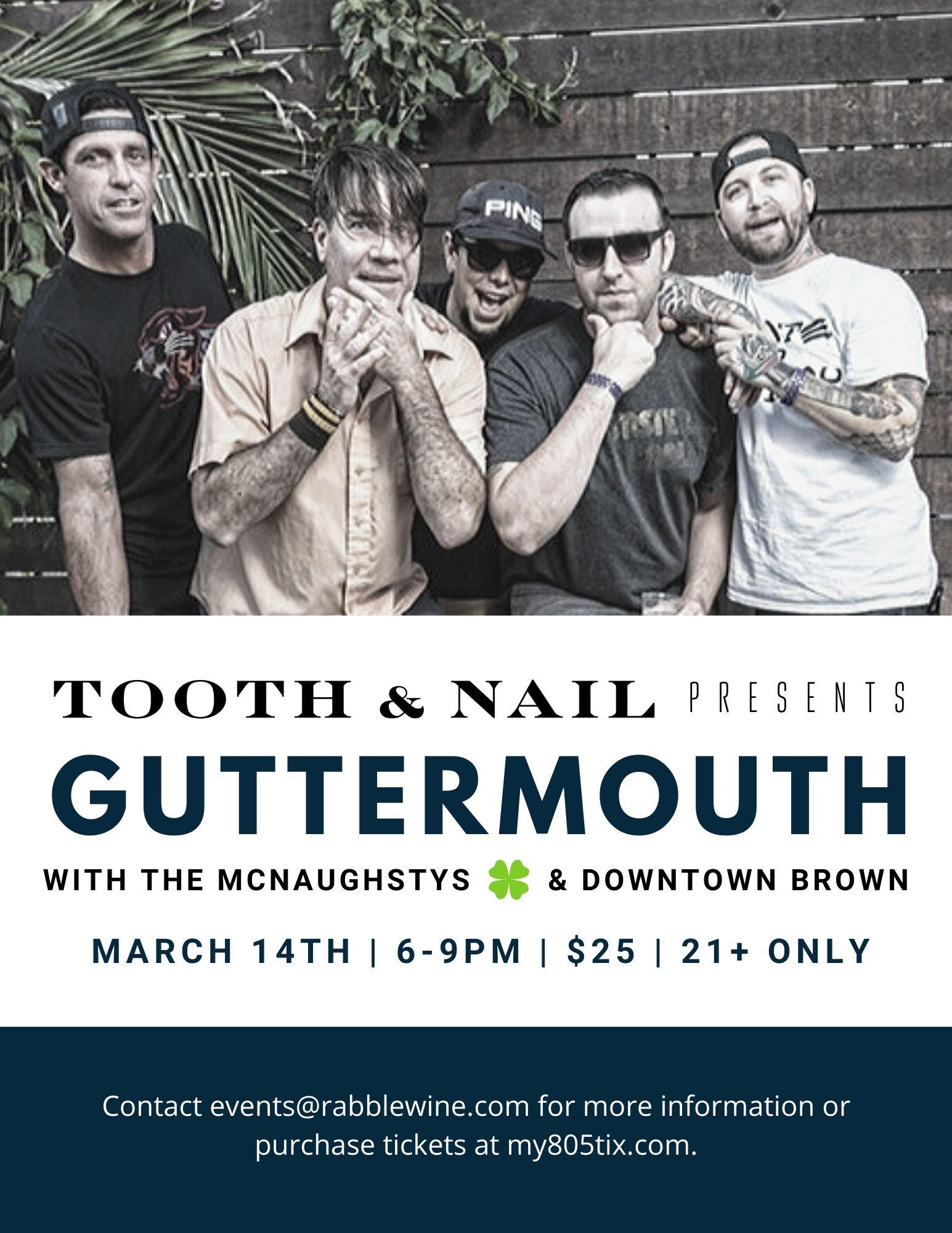