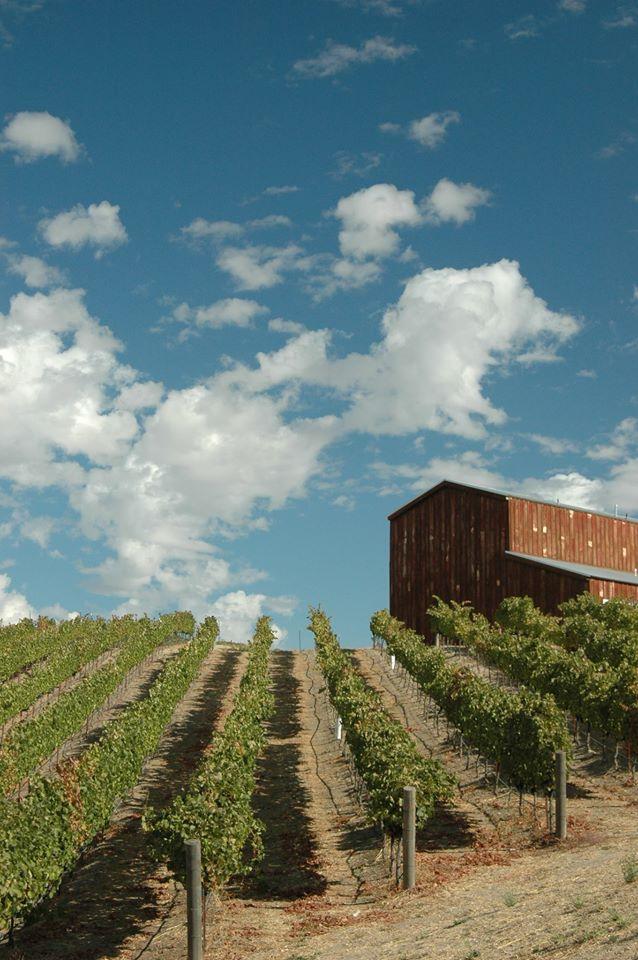 Proprietors Jennifer and Terry Hoage focus primarily on the production of Rhone-style wines from their organically-sustainably farmed estate in the acclaimed Willow Creek AVA of Paso Robles, California. Just off Highway 46, the special climate and unique calcareous terroir of TH Estate Wines produces exceptional fruit that is forward and focused. The Hoages’ traditional, minimalist approach to winemaking and sustainable practices inspired Robert Parker to write:

“This is the kind of wine the Central Coast should be producing more.”

The winery and tasting room, constructed in 2004 by Terry, his parents and uncle, is a 3,000 square foot steel-framed building faced with 150 year old salvaged Iowa barn wood. The material was harvested from three old barns that were slated to be burned down, making way for a new Iowa highway. It was painstakingly and meticulously taken apart and shipped to California by Terry’s parents, Uncle Jerrard, Uncle Dan and Aunt Emily (all in their 70’s at the time). Though small, the winery building boasts a full production facility along with two intimate tasting rooms. The historic barn wood is used throughout to compliment the authenticity of our tasting experiences.

The first two vintages of TH wines (2002 and 2003) were made by Justin Smith of SAXUM Vineyards, Terry’s personal friend and the Hoages’ mentor early on. Under Justin’s tutelage, Terry and Jenn learned the importance of continued experimentation with different techniques when striving to produce the best wine possible. They have continued Smith’s minimalist philosophy in winemaking, while incorporating their unique knowledge and experience to produce premium wines in their own style.

Using limited intervention, Terry and Jennifer craft their wines without racking, fining or filtering and age the wines in French Oak barrels and puncheons. In an effort to limit the exposure to air and consequently, oxidation, TH wines are only moved from barrel during the blending and the bottling processes. As a result, the wines deliver intense fruit flavors and showcase the Hoages’ dedication to traditional winemaking practices. It is their ultimate goal to preserve the fruit-driven aspects of the wine while still providing a combination of approachable tannins and acidity to allow for reasonable aging. The Hoages’ philosophy is to respect the land, the grapes and the customers who purchase their wines, without whom, they would not be able to lead this oenological journey.

In 2016, Jennifer Hoage will introduce a new label called Decroux. Named in homage to her instructor Etienne Decroux, the French father of Corporal Mime, these wines exhibit finesse and nuance, an ethereal and feminine counterpart to TH Vineyards. The first release will feature two iterations of Pinot Noir from cooler Central Coast climates. Limited bottlings will be offered exclusively to members in Spring of 2016.

An important part of the TH Estate Wines philosophy is giving back and improving the community. The Hoages, through their professional endeavors, support MUST! Charities directly. Terry, former president and founding member, established MUST! along with Eric Jensen of Booker Vineyards, Scott Hawley of Torrin and Doug and Sabrina Kruse of Jack Creek Cellars. We invite you to check out MUST! and discover the many ways they support our community.