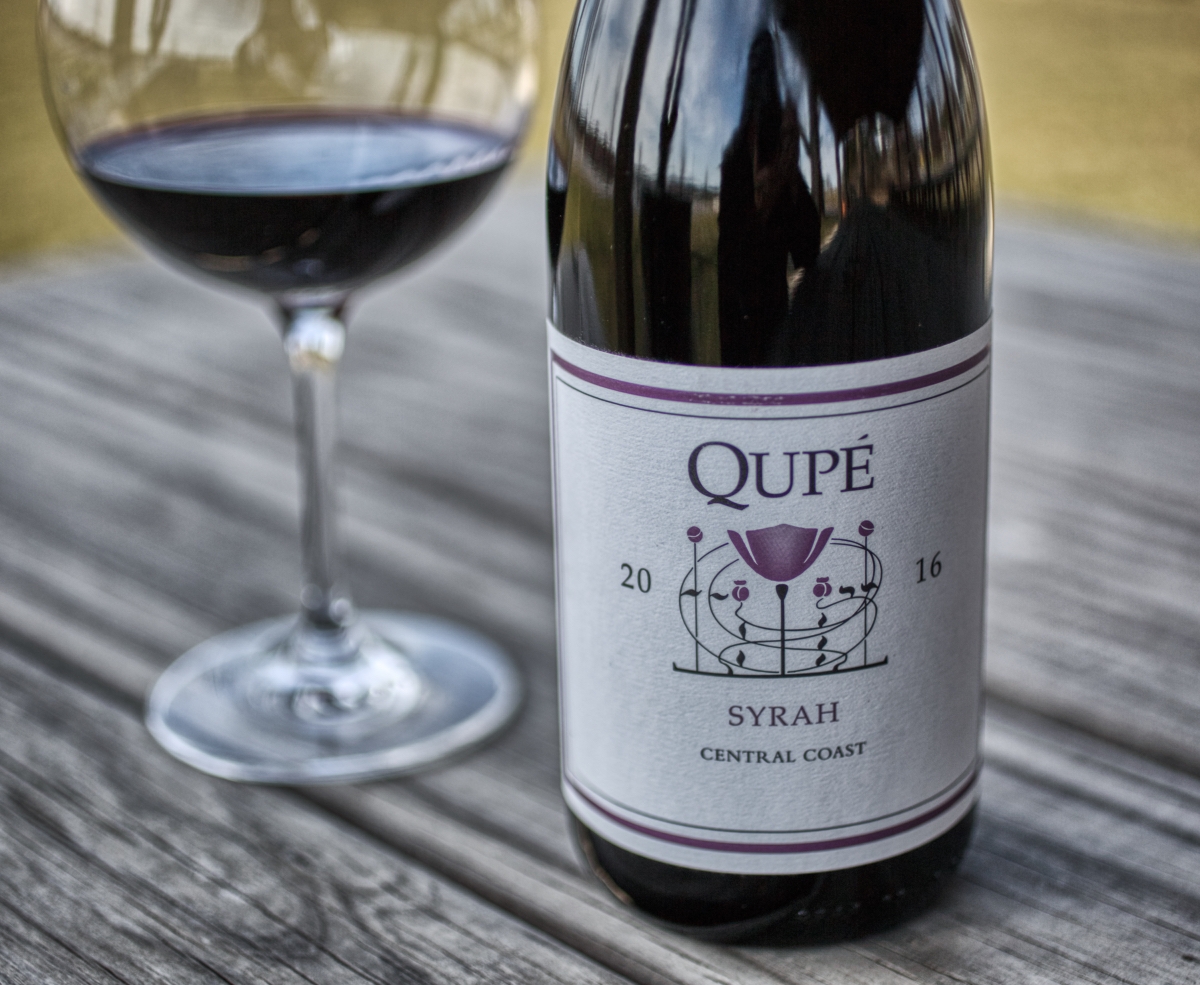 The name "qupé" was chosen to honor the Chumash, the indigenous people of the Golden State's Central Coast and Channel Islands. In Chumash, "qupé" refers to the poppy, a flowering plant traditionally used for food and medicine. In 1903 the California poppy (Eschscholzia californica) was officially designated the state flower, and every spring masses of the bright orange blossoms still blanket local hills and back country.

In contrast to the Old World, Qupé focuses on cool climate expressions of Rhône varietals due to a distinctive geographical feature that sets them apart from most other regions of California, as all vineyards are all located in East-West valleys (vs North-South) which function as open windows to the cool Pacific Ocean. The benefit to the vineyards of being along the coast and running East-West is that the cold, moist air gets pulled in and creates a layer of morning cloud cover over the vines which reduces temperatures and sun exposure on the grapes. This is why cool climate varieties excel in the coastal regions of the Central Coast and allows Qupé to focus on cool climate expressions of Rhone varietals. East-West valleys on the Central Coast that Qupé sources from include Edna Valley, Arroyo Grande Valley, Santa Maria Valley, Los Alamos Valley and Santa Rita Hills/Santa Ynez Valley.

We offer Winery memberships, in addition to Sponsorship Opportunities, each with benefits. To learn more, review our membership details or contact The Rhone Rangers, PO Box 1724, Paso Robles CA 93447 or email info@rhonerangers.org